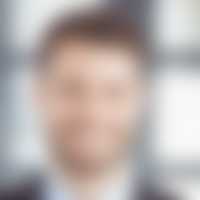 Mr. Storey joined the firm as a partner in 1999. His emphasis is in criminal defense and family law.

Mr. Storey first became acquainted with the criminal justice system as a deputy sheriff in 1970. He completed his education through Thomas Jefferson School of Law in San Diego while working as a deputy and sergeant at the Imperial County Sheriff’s Office. He transferred from the Sheriff’s Office to the District Attorneys Office after receiving his Juris Doctor.

Mr. Storey has tried in excess of two hundred criminal trials through verdict since he started practicing law in 1978. He is known affectionately by many in the local legal community as a “Trial Dog.” His experience as a law enforcement officer, deputy district attorney, the District Attorney, and criminal defense attorney make him one of the most experienced and qualified criminal defense and trial attorneys in Imperial County.